For most of his life, he tirelessly fought against the smallpox, a highly contagious disease with a fearsome mortality rate. But Dr. Edward Jenner (1749 – 1823) had to wait until late in life to finally get some recognition.

That’s when he became the celebrated Immunologist to the Regency.

To put Dr. Jenner’s celebrity in perspective, it bears examining how things used to be. It wasn’t just the mortality rate of smallpox that was so bad. Those who survived the disease were often scarred, maimed or blinded. 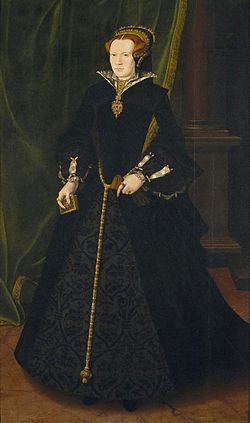 Mary Dudley, Lady Sidney caught the pox while attending to a very ill Elizabeth I. Her husband was much aggrieved. “..I found her as fowle a ladie as the smale pox could make her..”

You get a sense of how appalling its ravages were from the lines of a sonnet, written in tribute to Dr. Jenner:

“In village paths, hence, may we never find
their youth on crutches, their children blind;
Nor, when the milk-maid, early from her bed,
beneath the may-bush that embowr’s her head,
sings like a bird, e’er grieve to meet again
The fair cheek injur’d by the scars of pain..”
— Good tidings, or, News from the farm, a Poem by Robert Bloomfield (1805)

The practice of inoculating against smallpox had been around for some time but it was quite a risky procedure and not always reliable. Indeed, the treatment was often worse than the cure. Fingers must have been crossed when young Edward Jenner received his own inoculation.

Thank God it didn’t kill him.

As a practicing physician, Dr. Jenner was an keen observer of nature and not afraid to try out ideas. Using scientific experiments, he perfected the work of others to promulgate safe and effective vaccination. 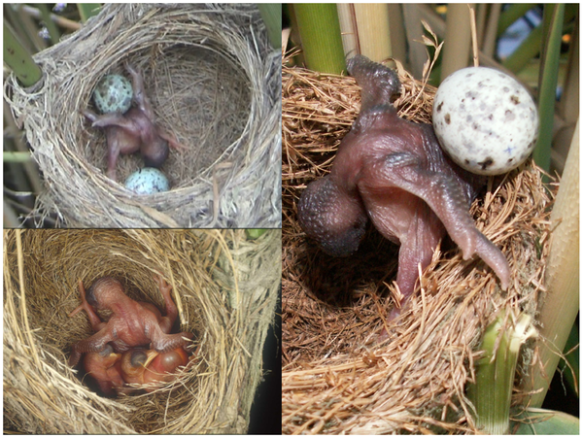 Dr. Jenner’s vocation for zoology led him to discover how the cuckoo chick uses its back to push his rivals’ eggs out of the nest.
Photo By Anderson, et al – CC BY 4.0 Wikimedia

It took awhile for his alternative immunization technique to catch on. Understandably, patients resisted the notion of accepting diseased material from an animal (the cowpox virus) into their bodies. A lay person might view such a procedure in the same way as being bitten by a rabid dog.

Dr. Jenner had to work pretty hard to get folks to trust him. 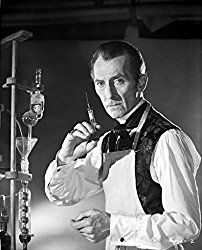 Objections to this newfangled procedure abounded. No less a physician than the Surgeon Extraordinary to the Prince of Wales voiced his concern. Dr. John Birch’s efforts to discredit vaccination bear a strong resemblance to the ones today.

Check out Vaxopedia.org for a great run-down on this.

It must have caused the royal physician no end of chagrin when the Prince Regent, along with his royal brothers of York and Clarence, voiced their support for the Jennerian practice of inoculation:

“His Royal Highness was pleased.. to declare his admiration of this invaluable discovery; to patronize and to cherish it in every way; and at the same time, to announce the highest esteem for the worth and character for its author.”
— The life of Edward Jenner, MD, etc., physician extraordinary to the King..with illustrations of his doctrines, and selections from his correspondence, Vol I
by John Baron (1827)

Dr. Jenner rode on a wave of celebrity, fêted by Regency society. Admired to such a degree, many important persons sought his advice and assistance in ways that had nothing to do with getting a shot.

For instance, it was well known that the man behind the vaccine was held in high esteem on the Continent. In 1803, The Marquess of Hertford’s son, young Lord Yarmouth, managed to get himself detained in Paris after hostilities between France and England resumed. Dr. Jenner, upon the marquess’ request, interceded with the French.  Lord Yarmouth was released, going on to a rather dubious career of “undisguised debauchery,” as described in diarist Charles Greville’s scandalous memoirs of the times. 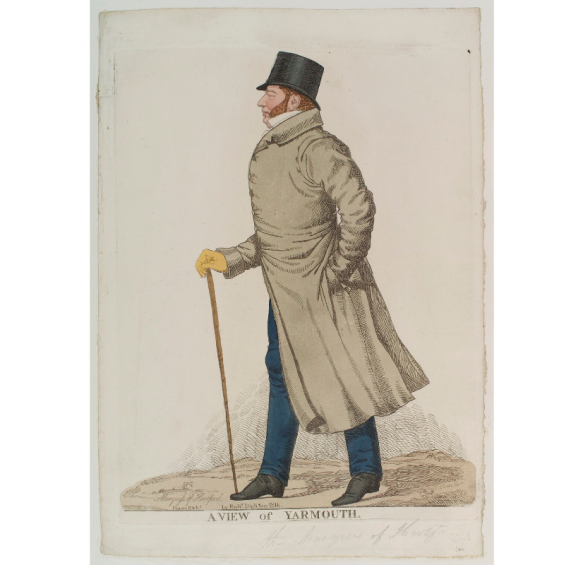 When Thackeray’s Vanity Fair came out, Lord Yarmouth threatened to sue for libel. It seemed the nasty character of Lord Steyne bore a remarkable resemblance to his lordship. — print from the National Portrait Gallery

But fame can be a double-edged sword.

Dr. Jenner’s voluminous correspondence shows how weary he became during the latter part of his life, patiently answering questions and soothing fears expressed in letters from all over the world. He attended to them all, endlessly providing vaccine of his own making, and instruction on how to properly administer it.

Inevitably, there were some failures out of the thousands he immunized.

The most famous case concerned one of Lord Grosvenor’s sons. All the children had been vaccinated years before, yet Master Robert came down with a violent case of the smallpox. Attended by Sir Henry Halford, prominent physician of the ton, the boy survived. It was an event that shocked the ton, delivering a blow to Dr. Jenner’s reputation.

In a letter to one Miss Calcraft* he laments:

“And now this single solitary instance has occurred, all my past labours are forgotten, and I am held up by many, perhaps the majority of the higher classes, as an object of derision and contempt.”
The life of Edward Jenner, MD, etc., physician extraordinary to the King..with illustrations of his doctrines, and selections from his correspondence, Vol II
by John Baron (1827)

Escaping the tumult of fame, Dr. Jenner returned to his medical practice in rural Berkeley, Gloucestershire. From his residence in Chantry Cottage, he treated and vaccinated poor families in a little hut that served as his clinic.

Apart from his correspondence, his meditations and poems show a humble, yet perceptive preoccupation with the natural world, and with the human body. He continued searching for answers, goaded by insatiable curiosity, entreating us all to carry on.

“If we fear all things that are possible, we live without any bounds to our misery.”
— Edward Jenner