Sarah Sophia Child Villiers, Countess of Jersey (1785 – 1867) was still young Lady Sarah Fane when the character we recognize from Regency-era history and fiction began to emerge. Part one of this series illustrates a singularly independent female still in her minority, chaperoned by a step-mother only nominally in charge. Add a good dose of guile and the future Patroness of Almack’s becomes even more recognizable.

Especially when she bamboozled even the most sophisticated of society matrons. 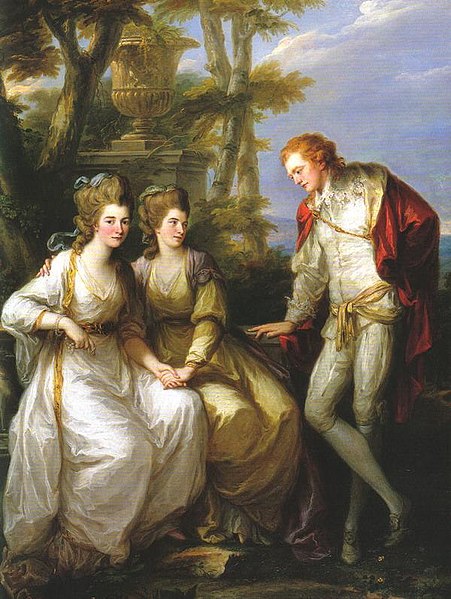 Angelica Kauffman’s 1774 portrait of the Spencer girls, Georgiana and Henrietta, along with their brother George, Viscount Althorp.

The matron in question was the Countess of Bessborough, formerly Henrietta Spencer and long-time lover of Lord Granville. She was more than encouraging when his lordship set his sights on Sarah Sophia. No doubt thinking the heiress to the Child banking fortune was all but his, Lady B left Granville to wind up the business while she enjoyed Paris and the fruits of a temporary peace between Napoleon and the allied powers. A pity Granville was still at it when the Treaty of Amiens broke down.

His mother was fond of her son’s lover as she was of fashion. She certainly appreciated Lady B’s gift of a pelisse in the latest French mode. Yet one senses from Lady Stafford’s correspondence that she wished his paramour had stayed the hell in Paris. She cautioned Granville that tongues were wagging: 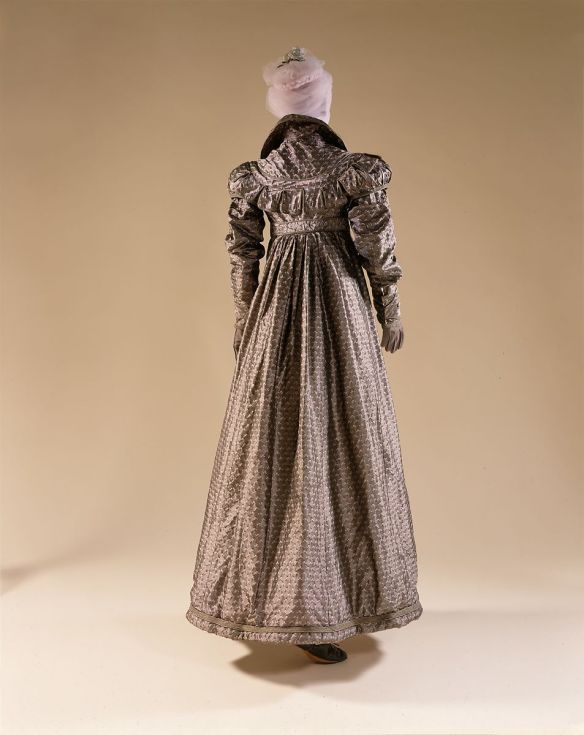 French silk pelisse, 1815 – via the Metropolitan Museum of Art

A woman of the world, Lady Bessborough dismissed such fears. Sarah Sophia was just out of the schoolroom and surely in awe of such a sophisticated, eligible suitor. If she knew about his liaisons, the gel would have been advised they need not concern her. Indeed, a young and inexperienced mind could not be expected to understand how two persons outside of marriage can share so much intellectually as well as physically.

Besides, such arrangements were part of life in the ton.

Still, Lady B refrained from openly hanging onto Granville’s sleeve. She kept herself busy wrangling with her former lover Sheridan while lending a soothing ear to the Prince of Wales’ complaints, nursing her sick sister Georgiana and giving advice on the best way to invade France to whoever would listen.

Her daughter Caro, also a debutante, kept her informed of Granville’s progress:

” ‘ I never saw anything so coquettish as Lady S. F.’s manner toward Lord G. Wednesday night. She never took her eyes off him, and I am sure saw nothing that was going on. He seem’d either angry or sorrowful, I do not know which.’ “

Lady B’s sister added her own observations. The Duchess of Devonshire thought Sarah Sophia’s conduct scarcely becoming in a prospective bride for Granville. Her use of the old French term agace (to irritate — like a magpie) to describe the chit amused Lady B. She told Granville she didn’t wonder your Sally irritated him. Naive, silly girls often employ this kind of tactic to hide their true attachment.

Sarah Sophia adores you even if she is acting like a little magpie.

Granville was “inclined to despond,” as he informed his mama. But hope continued to spring anew whenever Sarah Sophia showered him with fresh encouragement. Lady Stafford echoed Lady B’s praises in a letter that put priority on his efforts right up there with Russia’s neutrality toward Napoleon and the newly published Montague’s Life and Letters. 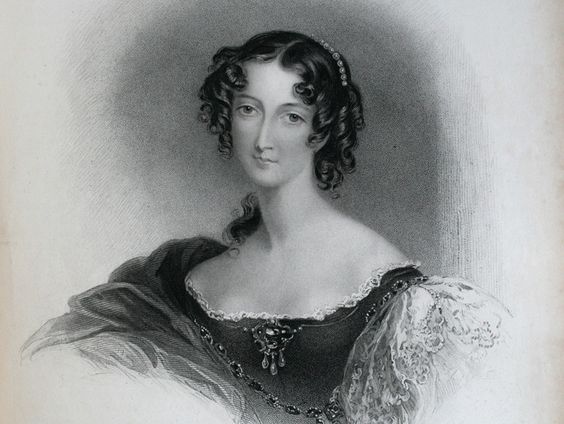 Sarah Villiers, Countess of Jersey — drawing by H.T Ryall after the painting by E.T Parris

Sarah Sophia promised to announce her choice upon attaining her majority. When that time came, Granville had just emerged from mourning for his late father and was on the short list for an ambassadorship to Russia. Villiers, as it turned out, won the day. It seemed an anticlimactic conclusion to a contested courtship. Granville’s correspondence gives no hint as to why Sarah Sophia chose the Earl of Jersey’s son over him.

Perhaps she had little liking for the foreign service.

The truth came out a year later when Villiers’ father, Lord Jersey died. Lady Bessborough went to pay her condolences to the dowager countess, the former flame of the Prince Regent. Whether from an agitation of the mind or pure spite, Sarah Sophia’s mother-in-law made a surprising admission. Lord Granville’s pursuit of Sarah Sophia was in vain right from the start. All that time he courted her, the heiress and Villiers were secretly planning their wedding.

“..how could she walk and talk with you as she did, and assure you she was free, if this was the case?”

Was Sarah Sophia a coquette as Caro claimed, coveting men’s admiration even when her own feelings were engaged elsewhere? Or was this dissembling over her true marital intentions an early attempt at manipulating others? Sarah Sophia perhaps discovered that guile, combined with independence, might come in handy someday.

A tool of manipulation for the future arbiter of Regency society. 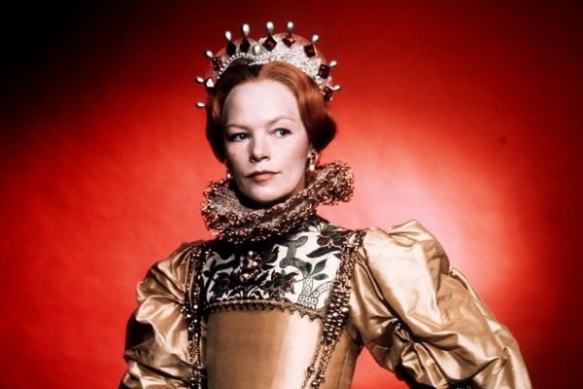 Elizabeth I never intended to marry, conducting an elaborate pretense to the contrary for many years.

* all quotes taken from the above-referenced correspondence of Lord Granville