“I will be well content if my readers will take it up, read it and judge it, as a Christmas tale.” 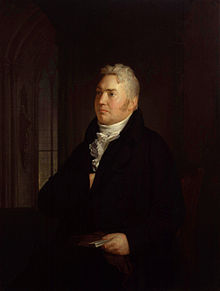 There is little in the work itself that is decidedly Christmas apart from a mother fleeing with her infant. Instead, there are thrones usurped, sunken caves and werewolves(!) Despite these dramatic motifs, gaining Shakespeare’s lofty status proved elusive.

Writing a good drama was (and still is) hard–even for Coleridge, that “giant among dwarves.”

Jeffrey’s Edinburgh Review, Volume 80, was unstinting in its review:

“In its present shape, we conceive (Zapolya) has about it that indescribable something, which, if not the dead weight of mediocrity will sink it, will ensure a speedy neglect from the bulk of readers.”

2) Convoluted plots are right out!

“To understand its plot and keep in view its progress, the reader must take some pains, and this is what no reader will ever do.”

“Much of the most striking parts of his story is related, and not acted…Enforce these with the exact sentiment which is to body them forth…pushing on the story, that purpose of dramatic action..”

4) Kill the darlings. Kill them.

“Zapolya, then, as a drama, will never succeed. Nor, as a tale, is there anything in it to captivate. It must exist as a poem; and even in that case, we think it is decidedly too long.”

A Christmas gift to writers, if you will.

The Lake District of England, where Coleridge resided among other “giants” of English literature, all of whom were uniformly disparaged by the Edinburgh Review as the “Lake Poets.”