“It is a maxim, not uncommonly supported in female society, that ‘a reformed rake makes the best husband.’ ” —  Ackermann’s Repository, December 1, 1816, Vol. II No. XII

In a singular letter to the Tattler, the writer offers a disdainful explanation for such a phenomenon. One has either fallen violently in love with a rake and is blinded by passion to his many disastrous characteristics, or she’s such an innocent as to be wholly unacquainted with what a genuine rake is.

Far better to seek a man of great intellect and maturity, more concerned with the affairs of the world than the high life. One that only a bluestocking could love.

Balogh’s rake was “lewd, lascivious, mocking..”  And yet a bluestocking fell in love with him.

Of course, marriage to a prosing fool or some worthy devoted to his rural estate would be very dull. It is proposed, therefore, that a little dash, some elegance and the ease that characterizes the rake can be had as long as the intended spouse is endowed with a quantity of good nature.

Beware of unrestrained good nature, however. Profligate generosity has led many (see John Mytton) to throw good fortune to the four winds. Cannot marriage to such a man be made wretched when good nature:

“..induces him to sacrifice his own health to promote the jovial pleasures of his friends and acquaintance? Is it not his good-nature, that, to gratify the vanity of his wife in all the figure and fashion of high life, brings on the impoverishment of his estate? “ 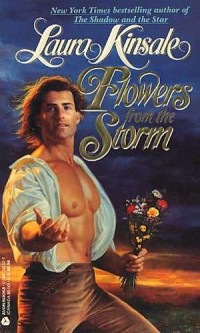 “…dissolute, reckless and extravagant–and lost to the world.”

As this letter is in the vein of a good many Regency epistles, the true aim of its discourse is to praise that prized quality of the time–the quality of good character.

Good nature that is both amiable and tempered by sense can only be discerned by observation of the prospective husband.

“Do his dependents approach him with cheerful respect?  Does he disdain to be merry at the expense of another? Does he mention the absent with candour, and behave to those who are present with manly complacency?”

Regency preoccupation with character is the reason why Ms. Austen forces darling Lizzie to quiz poor Mr. Darcy. She searches for amiability despite his forbidding manner, readily admitting that she is quite determined to discover the nature of his character.

How wonderful when she does, and that it took her some time to discern it!