“The trouble with writing history comes from suspending knowledge in what we know now, to what was known then.”

— an author of historical fiction

The understanding between absolute and apparent death was just beginning in the Georgian period. In his remarkable volume, Observations on Apparent Death (1815), Dr. James Curry informs the reader that though the victim appears lifeless, there is still a chance she may be saved.

All persons should know how to properly resuscitate a victim of drowning, he declares, deploring the general state of ignorance in this regard:

“..the practice of holding up the bodies of drowned persons by the heels. or rolling them over a cask (!) … is highly dangerous; as the violence attending it may even burst some of the Vessels which are already overcharged with blood, and thus convert what was only Suspended Animation, into Absolute and Permanent Death.”

“Thus it appears a pond of Water may prove an instrument of Slaughter.” –Thomas Rowlandson

In the case of suffocation, stimulating the lungs through artificial means was already a known procedure. In 1732, a collier was recovered from a coal pit not breathing. He had been overcome by fumes but was eventually revived by inflating his lungs. Various instruments could be used for this, but, as Dr. Curry complains, these are only in the possession of ‘medical men’ who know how to use them.

Instead, he urges readers to use whatever may be at hand about the house to artificially inflate the lungs–horns, air-filled bladders, even bellows. He advises the body be kept warm, the temples of the head rubbed with hartshorn, stomach stimulated by negus (awful stuff) and such efforts must be made for an extended period of time, if necessary.

He relates the heroism of Mrs. Page of Hornsey in this regard. With the assistance of her servants and an instructional card distributed by the Royal Humane Society,  she resuscitated a girl that had drowned in the New River.

Tipton’s Mrs. Caddick also managed to do the same, reviving a boy who drowned in a nearby pond. In this case, it took nearly two and a half hours to coax life back into the child’s lifeless body.

A receiving house for the purpose of rendering aid to drowned or injured persons in Hyde Park – erected by the Royal Humane Society. Image via WellcomeImages.org

Today’s post is yet another example of the advantages afforded by rising literacy during the Regency. Mrs. Page’s card highlights such a benefit–the Royal Humane Society is one of several institutions founded for the betterment of society, disseminating information to the masses on ways to revive victims of accidents, particularly drownings.

“..(his) benevolence of heart, uniformly displayed throughout a long reign, has not only secured the lasting veneration of the wise and good..but the rare and enviable appellation of–A Patriot Sovereign, the Father of His People.” 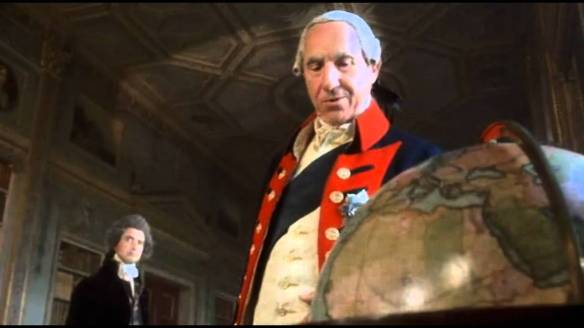 George III: What of the colonies, Mr. Pitt?
Pitt: America is now a nation, sir.
George III: Is it? Well. We must try and get used to it. I have known stranger things. I once saw a sheep with five legs…