“I see precisely how it is! You are very like my father, Salford! ..the only time 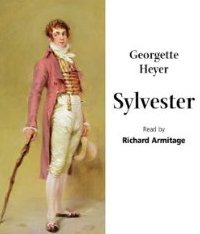 when either of you remembers what you are is when some impudent fellow don’t treat you with respect!”

— Sylvester: or The Wicked Uncle, by Georgette Heyer

Impudence is a powerful force of conflict in Regency-themed literature. The setting of these stories is profoundly concerned with status, and the orderly categorization of the individual within a deeply stratified society. The impudent character bucks the rules, and zounds! the reader is hooked.

The term impudence used to refer to conduct that was immodest. This was during the medieval period. With the rise of the middle class in nineteenth century Britain, the term came to mean behavior that challenged landed class privilege at all levels–political, cultural, social, eliciting dismay, but more often amusement.

Dashed good fun to flout those who are just a little high in the instep.

In the Regency-era political arena, much of the impudence on display can be attributed to Joseph Hume (1777-1855). Made wealthy from a technique to keep gunpowder dry, he purchased a Tory seat, only for that session of Parliament to dissolve.  Chagrined, he “ratted” upon his return, and became a Radical MP. 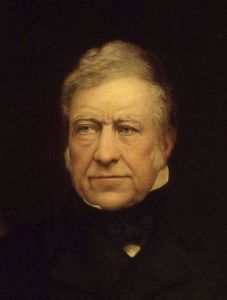 Joseph Hume, “a burly man with a massive head and virtually no neck.” by John Whitehead Walton

His achievements, which were many, attempted to force retrenchment upon the government’s purse. His biographical entry in History of Parliament states he was “willfully perverse..largely impervious to the ridicule and abuse which he largely attracted from his political adversaries.”

This was impudence indeed, but that was not the half of it.

“..very very noisy, very violent … and on many points unintelligible, but quite satisfied with himself.”

He was proud of his conduct, and that was the crux of his impudence. This unrepentant quality of character excited Maria Edgeworth’s considerable disgust. In her Letters she thought him most impudent for attacking ‘all things and all persons,’ but more particularly because he refused to heed all advice to moderate his good opinion of himself.

Tories detested him. His natural allies, the Whigs, were at times delighted and incensed by him. Sir Henry Brougham wrote to a colleague that Hume makes a ‘stupid ass’ of himself in parliamentary proceedings, inducing most to either fall asleep or walk out with his interminable demands for an accounting of even the most minute of government expenditures.

The fact he went about the thing with an air of superiority was Too Much.

“…his stupid vanity … His kind patronage of Archy [Hamilton] is only laughable, but to see him splitting on that rock (of egotism and vanity) is rather provoking. What right has he to talk of the Whigs never coming to his support on … reform?”

There were many who tried to reform society at the political level. There were not many who did it as impudently as Hume, as two occasions demonstrate. One concerned an investigation he launched into profiteering at the Crown’s stationary office. The other was the buying and selling of Greek bonds on the taxpayer’s dime.

He admitted to having done both.

In the case of the first charge, he compounded his impudence by admitting his perfidy in writing, on the very stationary in question. As to the second charge, his corruptible speculation resulted in a personal financial loss, for which he demanded the poor Greeks compensate him.

“Could he, in the incipient stages of his existence, have looked forward to the brazen celebrity which he now obtained, we might almost wonder that he could have the impudence to be born.” 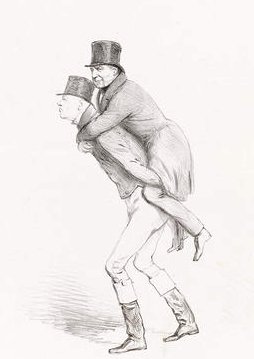 ‘If Hume should be returned for Middlesex, he of course will forget that he owes his seat to me twice over,” said moderate Whig George Byng, here bearing a most impudent Hume on his back.