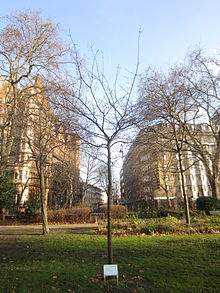 Dr. Roget had not even begun his famous Thesaurus when he heard a terrible crash upstairs in his uncle’s house. Sprinting up the stairs, he found the man who had raised him like a son bespattered with blood. He gathered his uncle in his arms, appalled that such a nurturing figure had quite deliberately slashed his own throat.

Why had he committed suicide?

Sir Samuel Romilly’s (1757-1818) last words were a fragment, scribbled down before he succumbed:

Romilly had been distraught over the death of his wife some days before. The news of her passing came to her husband at Cowes Castle, on the Isle of Wight. It was thought that removal to his town residence at 21 Russell Square might revive him. His daughter Sophia attended him there, but she had, alas, for a moment, left him alone.

Regency society was in shock. Romilly had been a beloved barrister, a tireless opponent of the slave trade, a champion of the criminal defendant at bar. It struggled to condemn him, for such cases generally provoked disapproval. In previous years, as reported by The Times in the case of one Mr. Green: “..to be inconsolable over one’s wife, and to follow her to the grave–is madness.”

There was much prevarication in those first reports. Donna Andrews’ Aristocratic Vice: The Attack on Duelling, Suicide, Adultery, and Gambling in Eighteenth-Century England

is instructive. Surely Romilly had committed his act in “mental delirium” and “under instant paroxysm of the brain.” Indeed, he had been working tirelessly for the good of a Nation. He cannot be blamed for a physical manifestation that had little to do with lack of character. Other writings were not so charitable. Remember how stoic Princess Charlotte’s husband had been in the wake of Her Highness’ death? 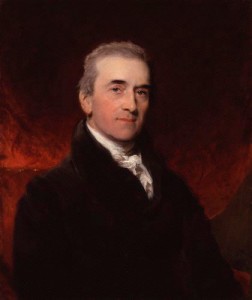 Sir Samuel Romilley by Sir Thomas Lawrence. A slight smile of sensibility about the mouth, perhaps.

These illustrations seemed wretchedly unsatisfactory. More writings, including poetry, continued to pour forth, as the Regency struggled to reconcile the Act with the Man. From much hand-wringing emerged the most soothing explanation, which became widely adopted. Here was a man who had defended the least among us, they said, with such devotion that he surely suffered from “an excess of feeling, or rather than by sentiment, which is the most binding one in our social system.”

Had he been less feeling, less sensitive to the tragic death of his wife, he would still be living.

In a watershed moment, Society allowed itself to salute what Byron once reviled (see Castlereagh.) In leaving this world, as Lady’s Magazine beautifully related, Romilly was both weak and wise, delicate and great, showing “human nature in a point of view, which commands at one and the same time our utmost love and veneration.”We cannot judge those who love and lose. We must only imagine their pain, and perhaps hope that we have had occasion to experience such exquisite joy.”

“To lose Lady Romilly, after an attachment so formed, and after years flown away in the tranquility of domestic joy, disturbed only by the pursuits of a splendid ambition, synonymous with virtue, was one of those shocks which must be left, undefined, to the imagination of such as know what it is to feel.” The New Monthly Magazine, Vol. 10, 1818

7 thoughts on “Regency Love: To Die For”