It turns out the Earl of Grantham might be a poet. 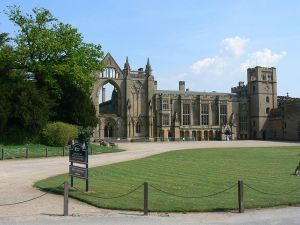 When a family must be evicted, one that has held their tenancy at Downton for many generations, Lord Grantham gropes for a reason to let them stay:

“If we don’t respect the past,” he says, “we’ll find it harder to build our future.”

“Where did you read that?” asks the Dowager Countess.

“It’s too good,” she admonishes. “One thing we don’t want is a poet in the family. The only poet peer I am familiar with is Lord Byron and I presume we all know how that ended.”

A teasing remark a mother might make to her prosing son.

Still, the Dowager Countess must have been keenly aware that Byron’s finances, like the earl’s, were a mess. Moreover, the great Romantic owned an abbey, which had to be got rid of to pay his debts.

Clearly there exists some parallels between Baron Byron and the Earl of Grantham.

And they are just too appalling to contemplate. 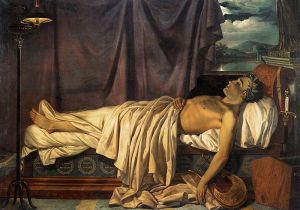 Lord Byron on his Deathbed