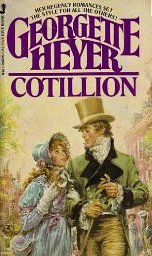 I love these old covers. This one is from the 70s, I think.

By the time this point was fully argued, news was brought to Lady Legerwood that the doctor had arrived, whereupon, after hurriedly commending Kitty to her daughter’s care, she hurried away, bent on convincing the worthy physician that certain unfavorable symptoms, which had manifested themselves during the night, made it advisable for him to call in Sir Henry Halford, to prescribe for Edmund.

As the family doctor, a rising man, was at daggers-drawn with the eel-backed baronet, it did not seem probable that she would be seen again for some appreciable time.

Sir Henry Halford (1766 – 1844), was considered the foremost physician to the ton during the Regency.

He was born Henry Vaughan but changed his name by an Act of Parliament to Halford, anticipating a substantial inheritance from the original Halford family. 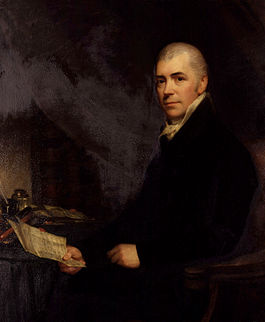 It was his connections and smooth manners that recommended him and not his skill as a practitioner. It didn’t hurt that he was also married to Elizabeth, the daughter of John St John, 12th Baron St John of Bletsoe. He managed to snag a position as doctor to the Royal Family and was on hand to take custody of the 4th vertebra of Charles I, which still bore marks of the ax.

Ms. Heyer knew her character well. Contemporaries called the good doctor that “eel-backed baronet in consequence of his deep and oft-repeated bows.”

17 thoughts on “Physician to the Regency”