He fled to Gretna Green in a veiled leghorn bonnet, his eldest son in hot pursuit.

Lady Williams Wynn couldn’t resist mentioning an event that scandalized all the ton. An elderly lord, well-known and well-connected, eloped with his housekeeper of much lower station.

“It is a melancholy proof of dotage..”

Lawyer and Whig politician, Thomas Erskine, 1st Baron Erskine (1750 – 1823), enjoyed considerable influence during the Regency. The Ministry of All Talents appointed him Lord High Chancellor. When the Whigs fell out of power, he retired from politics but remained active in various public causes, among them animal rights and George IV’s attempted divorce.

Lord Erskine’s real bread and butter came from practicing law at the Bar (arguing before judge and jury, as opposed to drawing up contracts). His strong advocacy for the role of the jury secures his place in legal history. So does his defense of Thomas Paine, tried for a variety of offenses stemming from the publication of Rights of Man.

His contemporaries knew him best for his courtroom drama.

Early on in his career, he developed an affinity for the kinds of cases litigating matters of a certain delicacy. He had no trouble presenting the facts as he saw them, sparing no colorful detail. Indeed, he spared none of his own clients with his blunt, yet eloquent speeches supporting their cause.

His appearances at Bar piqued and entertained juries and courtroom audiences for years.

Take, for example, the case of Mr. Fenn’s housekeeper. She sued her employer for breaking his promise to marry her. She was a respectable widow, but he induced her to cohabit with him based on his assurances they would soon be wed. The jury awarded her two thousand pounds for the loss of reputation and other damages she suffered as a result of his breach of promise, an award the court tried to set aside for being excessive.

Erskine took up the woman’s case, arguing it didn’t matter that she was old and ugly, or that the defendant wasn’t worth a farthing. The man enjoyed her society in his bed and the jury was well within its right to tally up his bill for same. As for her damages, these were scrupulously enumerated–being the loss of her reputation, her health, the society of her friends, the comfort of retirement.

For good measure, Erskine played to the gallery when he condemned the defendant’s string of false promises–a charade which continued right up until he married another woman:

“..young enough to be his daughter, and who, I hope, will manifest her affection by furnishing him with a pair of horns..(!)”

— Speeches of Lord Erskine: When at the Bar, on Miscellaneous Subjects, ed J. Ridgway (1812)

As Erskine’s reputation grew, his clients became more tonnish, seeking his services in matters that had become his specialty–cases of the crim. con. variety. And he represented both sides of the aisle, cuckolded husbands and the lovers who led wives astray.

The rakehell Sir John Piers won a bet when he seduced the wife of a old school chum. He lost twenty thousand pounds when the old school chum sued him.

Mr. Eston was a naval purser and often away at sea. His wife, an actress and theater manager, was the Duke of Hamilton’s mistress. The bereft husband sued for loss of his wife’s affections. Sentiment was on the side of a man in service to his country. Erskine didn’t cringe, however, from defending His Grace’s seductive depredations, arguing the plaintiff brought this on himself for choosing an occupation that kept him gone for long periods of time.

As if that wasn’t enough, he argued the wife wasn’t really a wife at all:

“..as long as the line is fast to the fish, the fish is yours..but the moment she is a loose fish, any body may strike her….I will show you Mrs. E was a loose fish(!)”

In the end, the jury awarded the plaintiff seven thousand pounds in damages. The purser never got his money, however. The duke had fled abroad.

‘Exactly what he has turned out to be,’ said Freddy. ‘Not a Chevalier at all: deuced loose fish, in fact!’

In another case, Erskine defended the heir of the earl of Lucan, Richard Bingham. Bernard Howard, heir to the Duke of Norfolk, sued for losses amounting to over a thousand pounds when his wife left him for Bingham. Erskine argued that in order to show a loss, there has to be affection in the first place.

After the trial, nearly everyone knew just how bad Lady Elizabeth’s marriage was.

Erskine brought several servants to testify to the “sorry state of marriage” that existed between her ladyship and Norfolk’s successor. The maid spoke of Lady Elizabeth’s great unhappiness with her marriage, that her parents forced her to marry Mr. Howard when she loved Mr. Bingham, the flood of tears the night after the wedding, her avoidance of the marriage bed, her walks in Kensington Gardens with the defendant.

A neighbor, probably glowing bright red with embarrassment, testified the angry husband once told him that Lady Elizabeth ‘would not allow him to have any connexions with her.’

— Speeches of Lord Erskine: When at the Bar, on Miscellaneous Subjects, ed J. Ridgway (1812)

The jury’s award of five hundred pounds for Mr. Howard was considered negligible, a triumph for Erskine. His client, Mr. Bingham, married Lady Elizabeth and had several children with her before they separated. 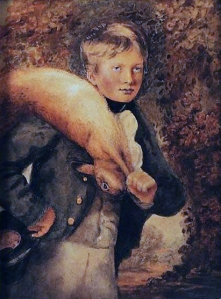 Their son, George, Lord Bingham, as painted by his sister. He later became known as ‘The Exterminator’ for evicting large numbers of his tenants in Ireland.

One cannot be surprised that Lord Erskine should conduct his own marital affairs with a bit of theater. There are many versions of the story of his elopement and a lot of speculation on just why he did it. He already had a family from a previous marriage, his finances were in bad shape, and he had to don a disguise to do it.

Lady W. W. surmised he was senile. Others have been more charitable, attributing his hasty trip to Gretna Green as a means to legitimize, at least under Scottish law, his two children by his mistress. That his eldest son tried to prevent the marriage must have chafed the old man and he rebelled.

His descendant wrote a time slip novel about his life, blaming the whole on the supernatural. 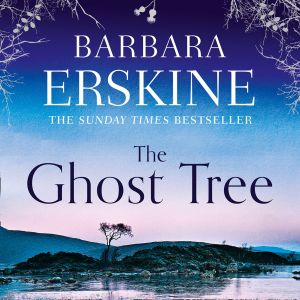 The devil made him do it.

**This and other interesting quotes from Lord Erskine’s legal career can be found reproduced in Sarah Pearsall’s Atlantic Families: Lives and Letters in the Later Eighteenth Century (2008)

1 thought on “When an Old Man Elopes”