William Wordsworth (1770 – 1850) is the Romantic poet who once said he wrote to “shew that men who did not wear fine clothes can feel deeply.”

Austen must have known of his poetry when she wrote Sense and Sensibility. She does not mention the poet in her work, least of all in connection with the slightly awkward Edward Ferrars.

Nevertheless, I believe the screenwriter Andrew Davies was onto something when he included a passage from Wordsworth’s beloved Tintern Abbey in the 1995 film adaptation of Austen’s novel: 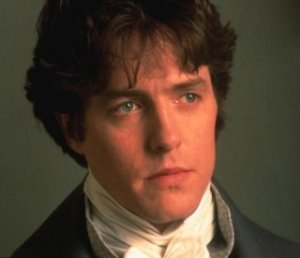 A presence that disturbs me with the joy

Of elevated thoughts; a sense sublime

Of something far more deeply interfused,

Whose dwelling is the light of setting suns,

And the round ocean and the living air…

What connection can one possibly fathom between pedestrian Ferrars and the highflown language of Wordsworth? Besides, it was Willoughby who recited that passage.

A strong theme in Sense and Sensibility is the promotion of honesty, particularly in Christian marriage. Austen was the daughter of a cleric and strongly invested with the ideals of the good old C of E: 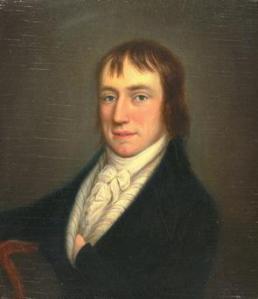 He, too, was awkward like Edward Ferrars, with a shy demeanor and a good humour Charles Lamb adored.

In particular, for Austen, the marriage of men and women who have been transformed through “naked self-disclosure”, who have acknowledged their mistakes and who are now “poised to be active forces for good in their spheres, from village to town to nation to world.” — The Marriage of Faith: Christianity in William Wordsworth and Jane Austen, by Laura Dabundo from a book review by Friar Paul Byrd, to be read in its full content here

Willoughby may have read Wordsworth’s words, but he was a dishonest character and we cannot suppose he felt “sense sublime” at all honestly. Edward Ferrars, on the other hand, was the honest character that Elinor Dashwood needed in a life-long companion. He revealed his mistake in engaging himself to Lucy Steele, yet remained faithful to it, without sentimentality attendant on thwarted love.

Once released, he turned his full devotion to the one he would best love, who was best suited to helping him be fully devoted to the ideal of Sense, versus Sensibility.

Recall how Edward read Cowper, and rather poorly in Marianne’s eyes. He did not fully engage in the feelings of overwrought nature:

“I do not like crooked, twisted, blasted trees…I have more pleasure in a farm-house than a watch-tower.”

He preferred the honesty of “nature put into practice” — a pleasure taken in nature, yet glorifying the utility it is put to. Any other “romanticizing” of nature is simply that–a useless ornament.