“It is difficult to think of a novelist who makes reading a more animating part of her characters’ lives than Jane Austen.”

We know how Northanger Abbey’s heroine, like Cotillion’s Kitty, was much guided by knowledge gleaned from novels and therefore committed foibles as a result of such reliance. Or Fanny of Mansfield Park who had rather more learning from books than those rich Bertram girls who supposed her ‘stupid at learning.’ Already mentioned is Sir Elliot of Kellynch Hall in Persuasion whose reading was limited to the Baronetage and so, too, was his conversation. Recall in Pride and Prejudice Miss Bingley’s spectacular attempts at diverting Mr. Darcy from his book when a day earlier she had attacked our darling Lizzie for not playing cards because she loved books. 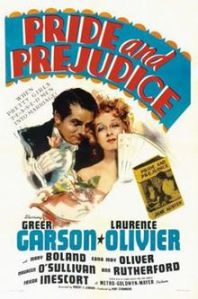 I did not understand the significance of reading in Jane Austen’s world until it was illuminated by Professor Mullan:  being literate during the Regency means reading books. In Sense and Sensibility, Lucy Steele is illiterate not because she can’t read, but because she does not read.

“Lucy’s ignorance of books will be as much a torment to poor Edward, her future husband, as her cunning and self-interestedness.”

This blog has mentioned the value of book collecting during the Regency, A library of any size was a mark of distinction because it conferred upon those who had access to it an erudition valued in those days. Professor Mullan points out that Austen had no more than two years’ formal schooling but yet had access to her father’s library which was vast for a country clergyman.

One must suspect that her admiration for books and reading must reflect what Regency readers must have thought:

“I only mean what I have read about.  It always puts me in mind of the country that Emily and her father travelled through, in The Mysteries of Udolpho (Penguin Classics). But you never read novels, I dare say?”

“Because they are not clever enough for you — gentlemen read better books.”

“The person, be it gentleman or lady, who has not pleasure in a good novel, must be intolerably stupid.” — Mansfield Park