The recent state banquet in Buckingham Palace had me glued to the TV screen. Not to view the participants, but to catch a glimpse of the treasures acquired by the Prince Regent, still in use today.

The banquet took place in the ballroom of the palace, a Victorian creation. July 20th will mark the beginning of a new exhibition, “Queen Victoria’s Palace,” which will highlight the transformation of what had been “a private house to a working royal residence.” Below is an image of the ballroom during Victoria’s reign:

Watercolor by Louis Haghe (1806 – 85) from the Royal Collection Trust

What makes a state banquet in the ballroom so magnificent is the decorative and functional items on display. Thanks to the excellent catalog and descriptions of the Royal Collection, one can know the  provenance of those items brought out from the Queen’s  ‘cupboard’ to serve the attendees.

It is also an opportunity to see the very best that graced a Regency era table.

The Grand Service was assembled by George IV over the course of his life as Prince of Wales,as  the Prince Regent and finally as king. It consists of more than 4000 pieces and made by the Royal Goldsmiths, Rundell Bridge and Rundell. The style reflects the eclectic taste of the Regency era. There is no one pattern, but a harmony of classical, Egyptian and oriental motifs.

Irreplaceable and wholly incomparable in size and magnificence, the Grand Service remains in use for state banquets like the one this past week. 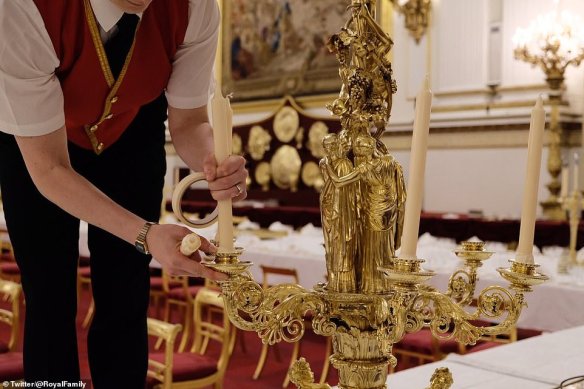 The magnificent Mercury and Bacchus candelabrum by Rundell & Bridge goldsmith Paul Storr (1811)  – it is always placed on the table of HM the Queen, along with its pair, Apples of the Hesperides photo via dailymail.co.uk

The first installment of the service was used in Carlton House. The banquet table featured  goldfish swimming in a trough down the length of the table; highlighting, perhaps, the magnificence of the silver gilt plate.

I particularly like the more unusual pieces. They inspire great plot ideas for that Regency dinner my characters labor to serve. 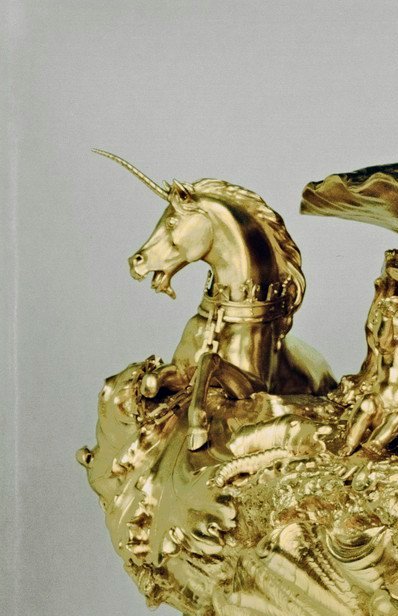 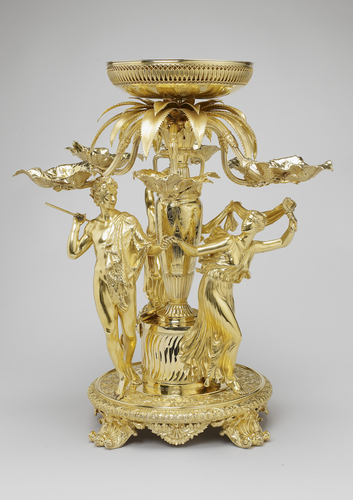 1 thought on “A Regency State Banquet”