Today’s post was inspired by a visit to the now-closed St. James Gardens in London, illustrated in the remarkable blog , A London Inheritance.  It is estimated that tens of thousands of bodies are buried in the Gardens–the remnants of those who lived during the flower of the Regency. They are buried under the footpaths and grassy flats which will soon become the busy hub for the Hs2 high-speed train.

The Gardens was originally established in 1788 as a secondary burial ground for St. James Church in Piccadilly. A so-called chapel of ease was built in the churchyard to allow parishioners to attend services there, particularly as the journey to the mother church in Westminster might prove difficult or inconvenient. In 1793, amid expanding urbanization of the St. Pancras area of London, the chapel of St. James became an independent parish church.

The Christie auctioneer family memorial is in the gardens. The National Temperance Hospital in the background is also set to be demolished (if it hasn’t already) to make way for the station.

Strangely enough, one of those interred was Lord George Gordon (1751 – 1793). He had famously converted to Judaism, and one would think a Christian burial was not what he had in mind. Then again, his wishes must have been easy to disregard in the wake of the destruction wrought by his eloquence. One of the houses destroyed in the riots which bore his name belonged to the Lord Chief Justice, William Murray, 1st Earl Mansfield (1705 – 1793), featured in this blog. Rioting was a serious issue during the Regency, for who could have foreseen a crowd being convinced Catholic relief legislation would lead to a renewal of the Inquisition?

Matthew Flinders (1774-1814) is also buried in the Gardens–a captain in His Majesty’s Navy who tradition says christened Australia, is immortalized on countless statues, shilling notes and geographical points, and lives on in the 1940s best seller, Love Must Wait.  During his voyage to the continent that made him famous, Captain Flinders was captured by the French and imprisoned for many years.  Perhaps it was some consolation the Admiralty had refused to permit his new wife to accompany him, else she would have suffered the same fate. In the end,  the joy of reuniting with his childhood sweetheart was tragically cut short, for he died upon returning to England from the illness he contracted during his confinement. 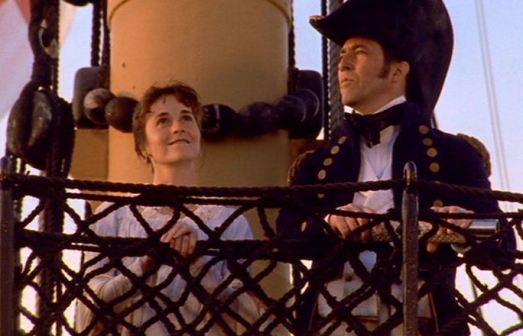 The last resting place of an Irish nobleman is also in the Gardens–Laurence Harmon Parsons, 1st Earl of Rosse, (1749 – 1807). As Sir Lawrence Parsons and parliamentarian, he published the book Thoughts on Liberty and Equality. That was in 1793, when pretty much everyone’s thoughts ran along those lines, for the Reign of Terror had just begun across the Channel. The Parsons family was notable for their interest in astronomy and photography, bequeathing their passion to the young son of sixth Earl’s countess–photographer and later Lord Snowden, husband of Princess Margaret. 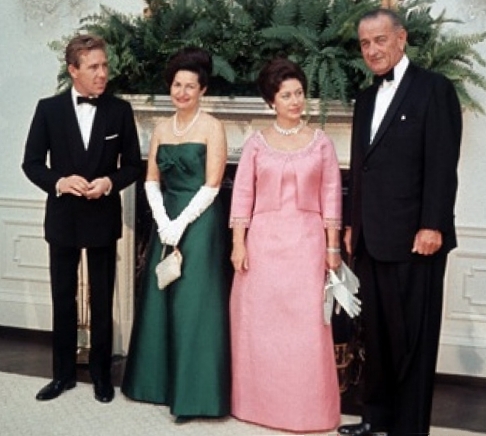 Lord Snowden and Princess Margaret on a visit with  LBJ and Lady Bird. What a world we live in! (or used to)

By virtue of Burial Act of 1852, which dealt with (literally) overflowing London burial grounds, the St. James cemetery was closed to future interments and made into a garden. In a slow but sure progression of decay, by 1964 only remnants of the Regency existed at the site. Most of the memorials had been removed and the church was demolished. From a BHO description of the chapel, it is interesting to note that the Ten Commandments prominently displayed behind the pulpit had been covered up.

Thou hast outliv’d thy popularity and art become

as the foliage of thy youth.

–from The Yardley Oak by William Cowper

4 thoughts on “The last Regency Remnant”